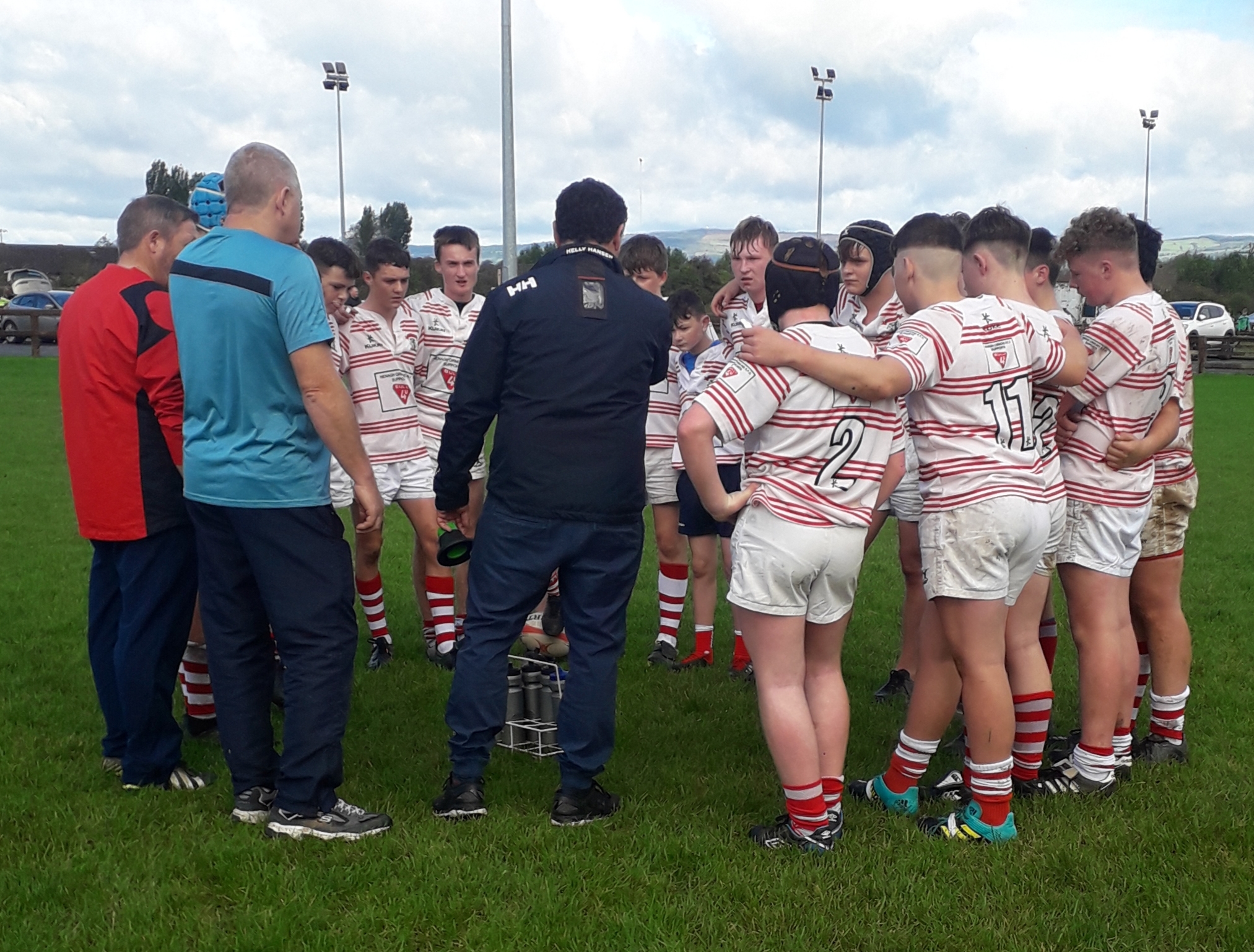 Last Sunday our U15s took on Bruff RFC in Lisatunney in the North Munster Conference.. With a number of players unavailable through injury and other commitments our numbers were tight, and we had only the bare 15. Bruff and ourselves have had many tight battles over the past few seasons, and this was to be no different. We started brightly with Mason, starting at 10, dictating the play. We moved the ball through the hands, to the wing where Tadgh set up the ruck. With the try line in sight our big powerful second row Mikey Morgan picked and barrelled over for our first try. Bruff then equalised and went ahead after a penalty try. However, following a superb offload by Alex Moloney, Sean Ryan used his blistering pace to round the Bruff defence and score his sides second.

Bruffs third try left the score 17 10 at half time. Mason was in hard luck for a fine intercept try, however the referee called it back for a knock on. However he made amends with a fine try, where he gathered the ball in midfield, and ran a hard line to evade all defenders and score a try under the posts. With our defence holding solid, Zac put Tristan through for a good try. After 15 minutes we were dealt a tough pill when Sean Ryan was forced to come off with a sore ankle. This left us with 14 v 15 for the last 15 mins.

From a pinpoint kick to the wing, the hard working Jack O'Callaghan ran a great line and was through for a good try, however he was harshly adjudicated to have stepped into touch. After a period of sustained pressure we were awarded a scrum near the Bruff line . Not for the first time, and rounding off a fine individual performance, our mighty number 8 Jack Mac picked and powered over the line. Mason expertly converted to leave us 7 up with about 8 minutes remaining. The defence held solid for the last 8 or 9 minutes, and despite the concession of a few penalties for offside, the Nenagh boys held out for a fine win, our third of this campaign.

Next up is away to St Senans on sunday week.

Please note that the grounds of Nenagh Ormond RFC in L...

Please help to promote and support our Go Fund Me online ...