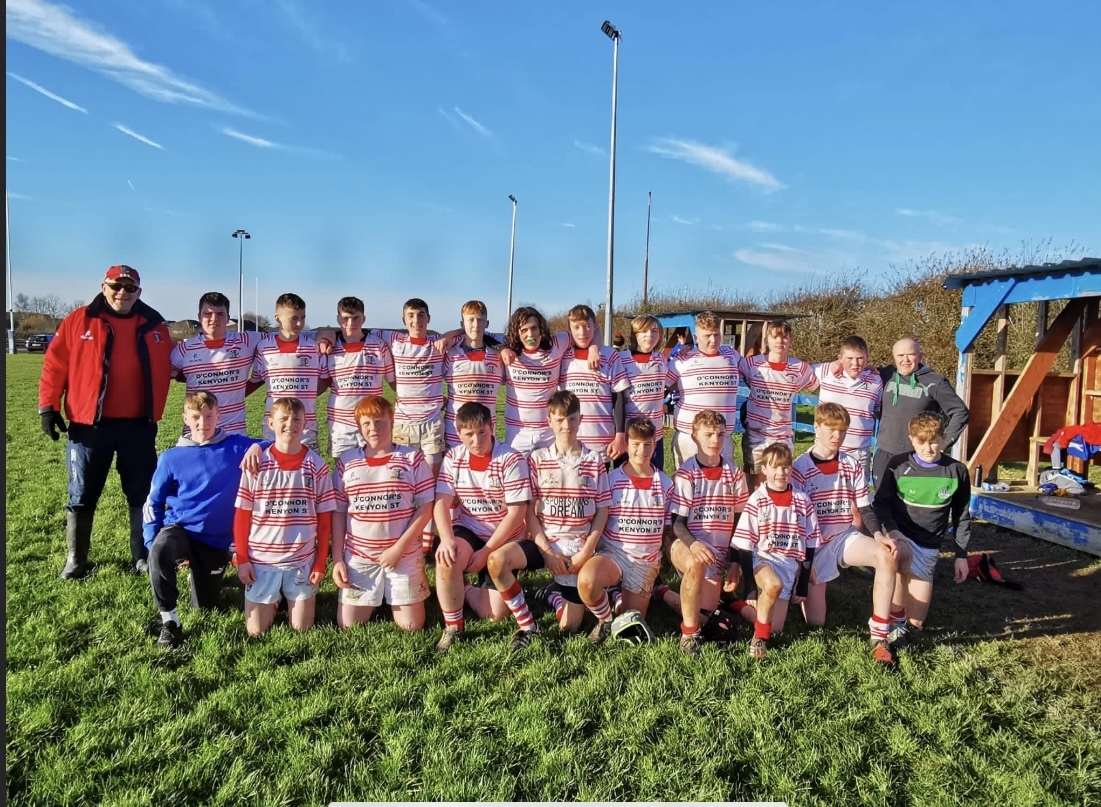 Published: about 1 month ago

Nenagh got their Conference campaign off to a great start with an emphatic win away to Ennis on Sunday last.

With a few players unavailable Nenagh were forced to shuffle the panel. Brehon O'Donnell moved from centre to no. 10 with Ryan Gratton moving from lock to no. 8.

On a perfect day for rugby and with both packs having a great battle, Nenagh opened the scoring on 20 minutes when a long pass from Ryan at the base of a scrum sent top scorer Marcus O'Mahony racing down the left wing. Marcus evaded three tacklers for a fantastic finish. Kedagh Broderick was assigned the kicking duties for the day in the absence of regular kicker, Cillian Healy and he slotted a great conversion.

Nenagh led 7-0 at the break. A break by Marcus at the start of the second half saw him held up just short but Brehon O'Donnell followed up well to score a great try.

Marcus managed to find space two minutes later and slotted down to keep up his fantastic scoring record this season. Kedagh was on target with the conversion.

The next try was similar when a great break by Kedagh saw him held up just short with Ryan on hand to get the touchdown. The final score came from a great run by Ryan who slotted down under the posts for a great individual score.

This was a great performance by the Nenagh lads. While we were a bit loose at the start because of different personnel in unfamiliar roles, the lads stuck to their task with some great tackling of the big Ennis forwards and some good running and handling to move the ball wide to attack space.

Man of the match was Kedagh Broderick at no. 7 for an all-action display of running and tackling, topped off by some very good goal kicking. Others to catch the eye were hooker and captain for the day, Jack Casey and prop Nathan Mannion who carried a lot of ball and made some great yardage.

We are taking a break for Christmas and will return to training in early January. Our next Conference game is at home to Newcastlewest on January 16th. Thanks to all the parents who travelled in support of the team.🔴⚪️