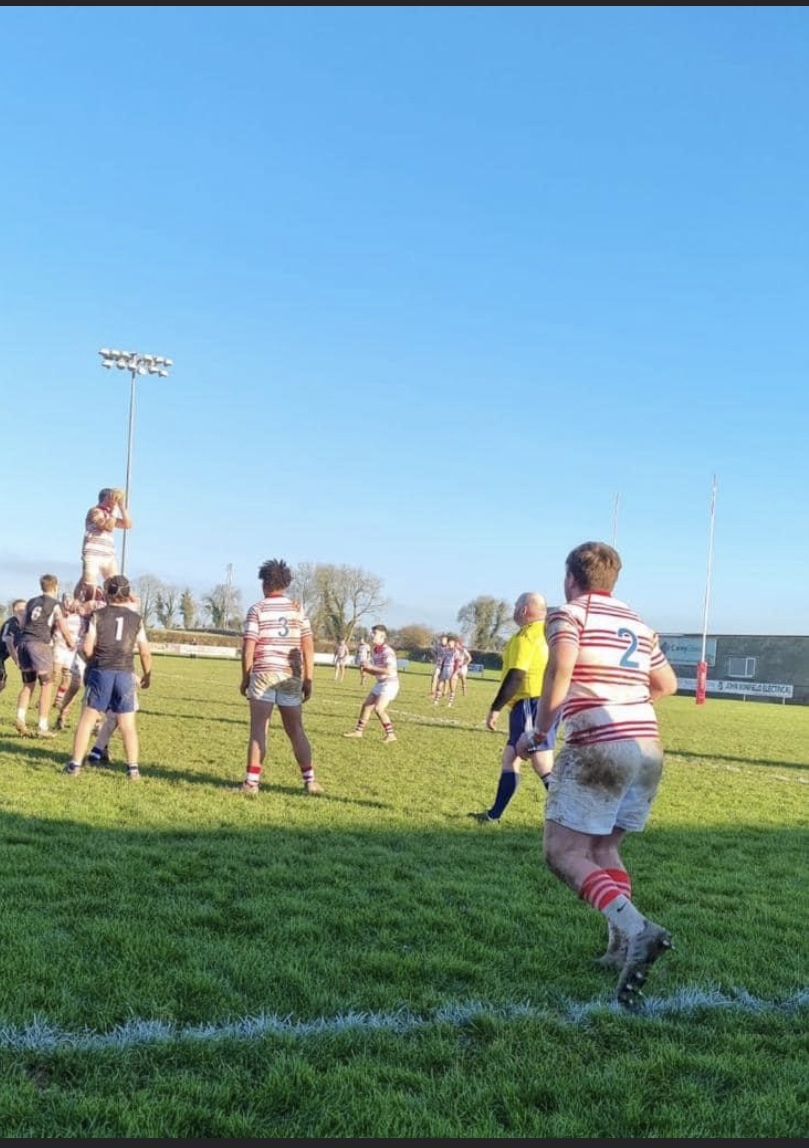 Published: about 1 month ago

Nenagh Ormond U18.5s hosted Old Crescent on a beautiful day for rugby last Sunday. With the prize for the winners a place in the North Munster League Final both teams were up for the match and knew it would be a good contest.

The opening exchanges saw the two sides testing each other with some good play from both as well as some errors. Old Crescent were first to get on the scoreboard when, after a number of penalties, they were awarded one in front of the posts and opted to kick for the 3 points. This was followed by another long period with no score but then Nenagh seemed to switch into gear and some excellent rucking, in particular from Luke Conneally and Ivan Struzia, allowed them to retain the ball for a few phases, eventually getting it out to Mason Cawley who broke down the left hand side of the pitch. Cawley straightened perfectly but, with several defenders scrambling well to get to him, he was unable to get the ball away to winger Tristan Madden. However, this passage of play gave Nenagh a good foothold inside Old Crescent territory and seemed to energise the home side. When Old Crescent found themselves with a lineout on their own 5 metre line, they were forced to kick from behind their own tryline while under a lot of pressure from the Nenagh forwards. The ball only made it as far as Cawley who caught it outside the 22, backed himself and sprinted around the defenders for a try which left the half time score at 5-3.

Nenagh started the second half well after the half time chat gave them a boost of energy and determination. They began to put Old Crescent under more pressure and looked more cohesive in attack. When the Limerick side looked to spread the ball inside their own half, a loose skip pass was picked off by Nenagh centre Aaron Delahunty who raced in under the posts to give Joseph Gleeson an easy conversion and widen the gap to 12-3. The game tightened up again for a time in the middle of the second half with both sides working extremely hard. Eventually, the next score came when Old Crescent broke through Nenagh’s defensive line and made it almost as far as the Nenagh 22 before Joseph Gleeson put in a super covering tackle to halt the charge. However, this was just a temporary fix and the visitors stayed pounding away deep inside Nenagh territory, eventually winning a penalty 5 metres out. They tapped and powered over the line, adding the conversion to pull the score back to 12-10.

With ten minutes to go, two points was far too close for comfort and Nenagh had to dig deep when Crescent came on the attack again. Gleeson put in a couple of very good kicks to get the team out of trouble and, when one such kick went in behind the Old Crescent back three, the whole team, led by Gleeson, Alex Moloney and John Brislane, chased up and put them under pressure. Old Crescent had to turn to gather and they passed infield where Josh Powell was on hand to make a great tackle which resulted in a knock on. Brislane reacted quickly to pounce on the ball and pop it up to Jack O’Flaherty who sped in under the posts. Gleeson converted to push the lead out to 9 points and, despite Old Crescent throwing everything at them for the final few minutes, the Nenagh lads held them out to take the win and advance to the North Munster League Final.

This was a good win to finish on before the (very short!) Christmas break. The U18.5 coaches would like to thank our players and parents for a great first half to the season and we wish you all a safe and happy Christmas!🔴⚪️🎅