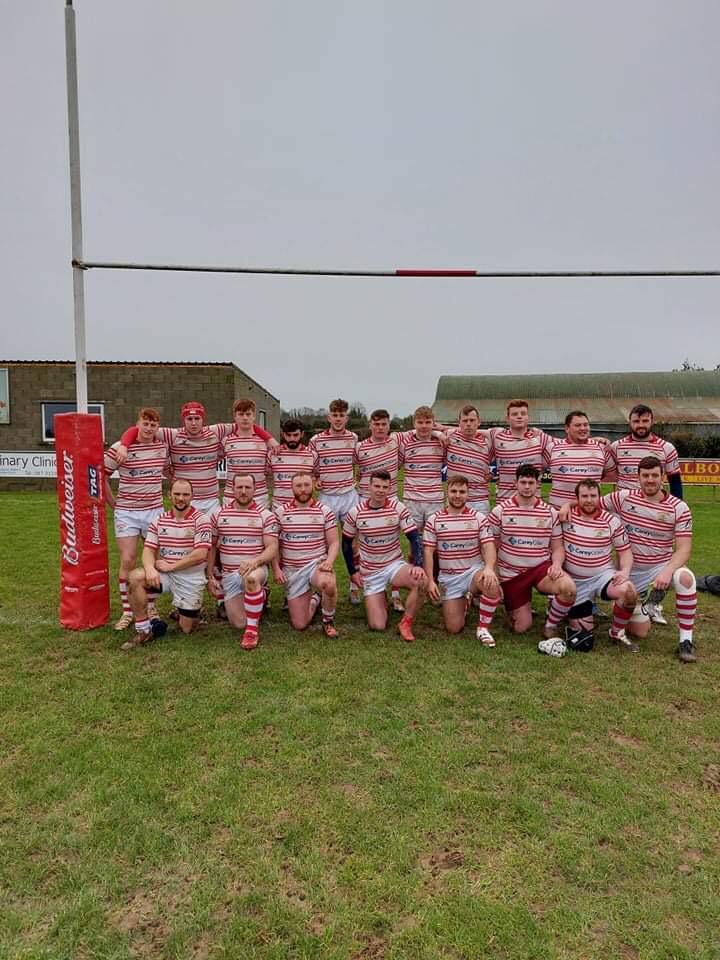 Nenagh Ormond 2nd XV had a home draw for the opening round of the Munster Junior Cup last Sunday vs Sunday’s Well RFC. With the Christmas break having provided a good opportunity for injuries to be rehabbed, Nenagh fielded a strong side with a good sprinkling of first team experience and hopes were high for a successful start to the competition.

Sunday’s Well are themselves a long time senior club with a proud history and they had no intentions of following the script that Nenagh had in mind. As is so often the case in cup rugby the set piece and the ability to capitalise on each and every scoring opportunity are key to progress. With a number of experienced senior players of their own The Well seemed to make a better fist of these requirements. The scrum in particular gave them quite a lot of traction, earning them penalties and field position time and again and frustrating the Nenagh attack which found itself pinned in their own half too much to cause sustained danger. Sundays Well opened the scoring with a try after sustained scrum pressure in the Nenagh red zone about 20 minutes in. The conversion missed narrowly but the concession seemed to jolt Nenagh into action. For much of the half that remained Nenagh dominated possession but on numerous occasions set piece turnovers gave the momentum back to Sundays Well and the game largely played out between the 22 metre lines. A yellow card for Sundays Well from a high tackle offence provided Nenagh with a numerical advantage though across half time. Early in the second half it told when John Hayes powered over after a rare period of sustained phase play from Nenagh. Ger O Gorman added the extras and despite having been second best in many facets Nenagh took the lead. An injection of experience from the bench in the shape of Jake O Kelly and Evan Murphy also added bite to the Nenagh attack and they looked to be hitting a purple patch at just the right time. Unfortunately discipline let down Nenagh at key times and handed field position back to Sundays Well. Once in the Nenagh 22 they were very efficient going through the phases to earn a try and leave Nenagh behind once more at 10- 7 with 15 minutes to play. To follow an old cliché the next score would be crucial. Nenagh upped the intensity and had a few good breaks from David Gleeson to bring them into range but once more the attack fell foul of breakdown penalties and when forced back to their 22 and attempting to play out of defence an intercept pass opened the path to the try line for Sundays Well. Truth being told it was probably no more than they deserved as they were the more pragmatic team in taking opportunities when they came. At 15-7 Nenagh needed two scores and fast. Credit to them they did not give up and probably put their most impressive attack of the day together to get back downfield. A try was scored with time left to play but a missed conversion left another try required for the win. Controlling the restart was crucial. Alas the breakdown demons struck again. Sundays Well’s captain pointed to the posts and their kicker made no mistake from distance to seal the win for the Cork men.

This was a game Nenagh had the tools to win but in a cup match discipline, decision making and converting chances are all key ingredients to success and if Nenagh are honest they have to admit that on the day the Sunday’s Well side fared better in each of these areas. Notwithstanding that there were strong performances for Nenagh. John Hayes was his usual dominant self at number 8 and Jake O Kelly made a big impact from the bench. Cian Ryan was busy at scrum half and threatened on the snipe. David Gleeson was a major threat with ball in hand and also made a few important clearing kicks at different stages. Unfortunately mistakes and indiscipline from Nenagh meant attacks often broke down after only 2 to 3 phases when another one or two may have paid dividends on the scoreboard. The team now enter the Plate competition. Hopefully with a little fine tuning the squad can make an impact there.🔴⚪️